Set in the mid-1990s, we follow inquisitive journalist student, Kathy Rain, as she heads to her grandfather’s funeral. Armed with a stun gun, pack of cigarettes, and a Zippo lighter from her dad, Kathy starts investigating the mysterious circumstances around the last years of her grandfather’s life.

As a main character, Kathy Rain is an awesome female protagonist who is totally bad-ass, with a take-no-shit, too cool for school attitude. I instantly liked her and was happy to share her journey into small town mystery.

While attending her grandfather’s funeral, Kathy reunites with her grandmother who she hasn’t seen since she was a child. Her grandmother isn’t surprised in the least by her reappearance after all these years and welcomes her with open arms. The two reminisce and catch up on the last 15 years.

Kathy learns that her grandfather hadn’t been the same since being found in the forest over a decade earlier, barely speaking a word to anyone. And she believes that something happened to him in the forest and is determined to find out what.

Her investigation begins with the only clues her grandmother can offer – checking out the old Air Force base her grandfather was stationed at in his youth.

Kathy Rain’s mystery hooked me and I wanted to know what was happening in this small town with crazy occurrences, disappearances, and an eccentric billionaire.

Why were people heading into the forest and coming back affected as they were? Or not coming back at all? What significance was the tragic life of the young artist who drowned herself? And who was buying – and stealing – her artwork?

What starts off as a lighthearted detective game quickly takes a religious turn, with an eerie, “totally the bad guys” kinda vibe. I’m always up for games with a corrupt religious sect, and this one did intrigue me.

I would have liked to know more about what they believe in. There was the random three glowing orbs, but what significance did they hold for worshippers? I definitely would have liked more information regarding the motivation behind certain events in game, and allusion to events in the past. 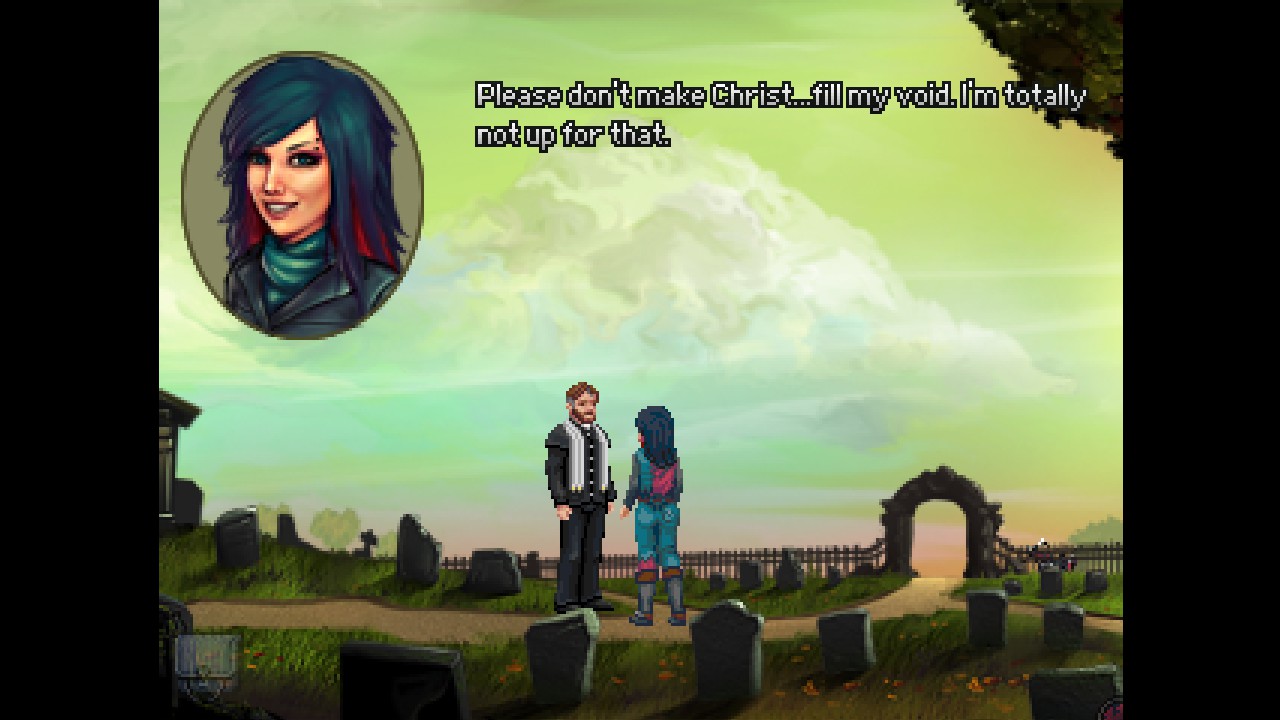 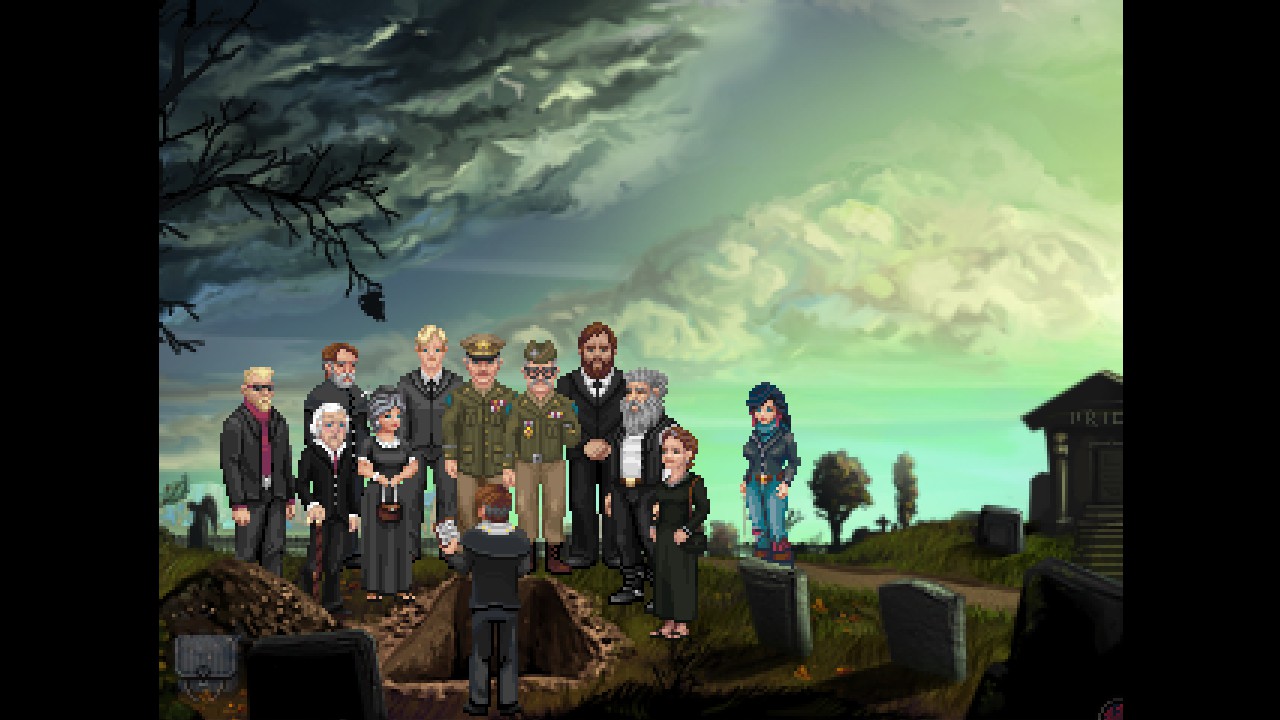 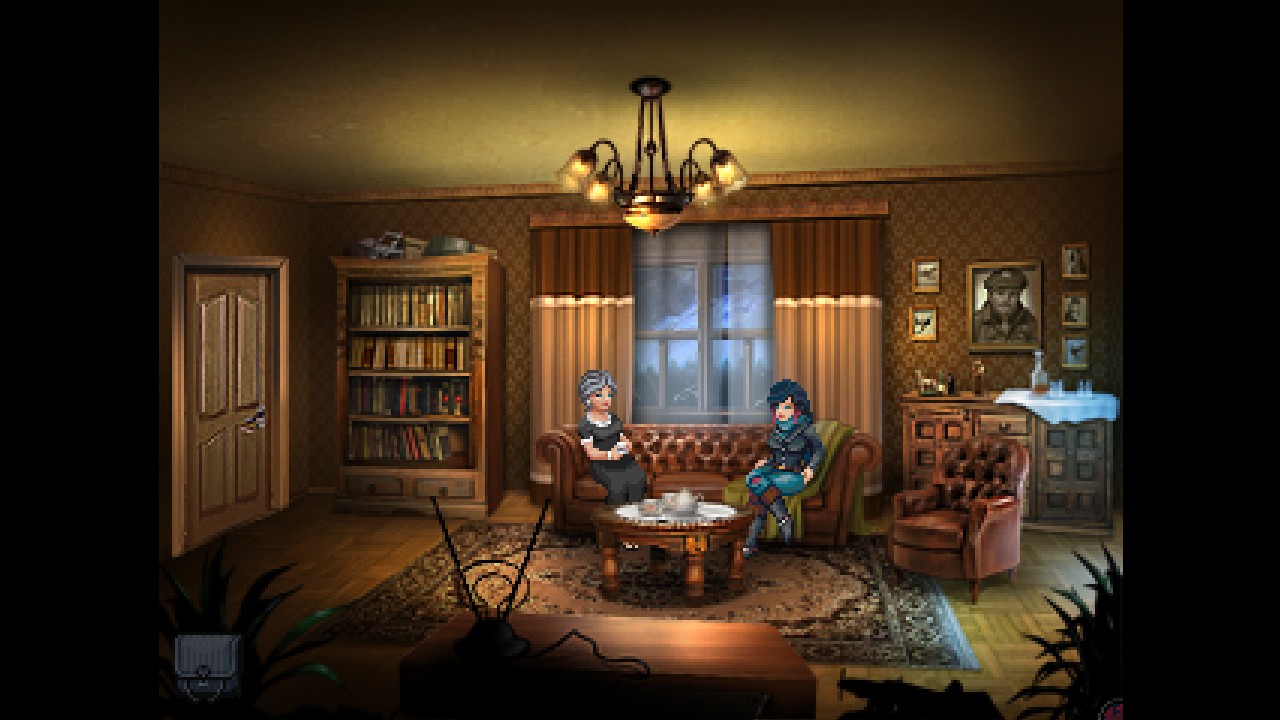 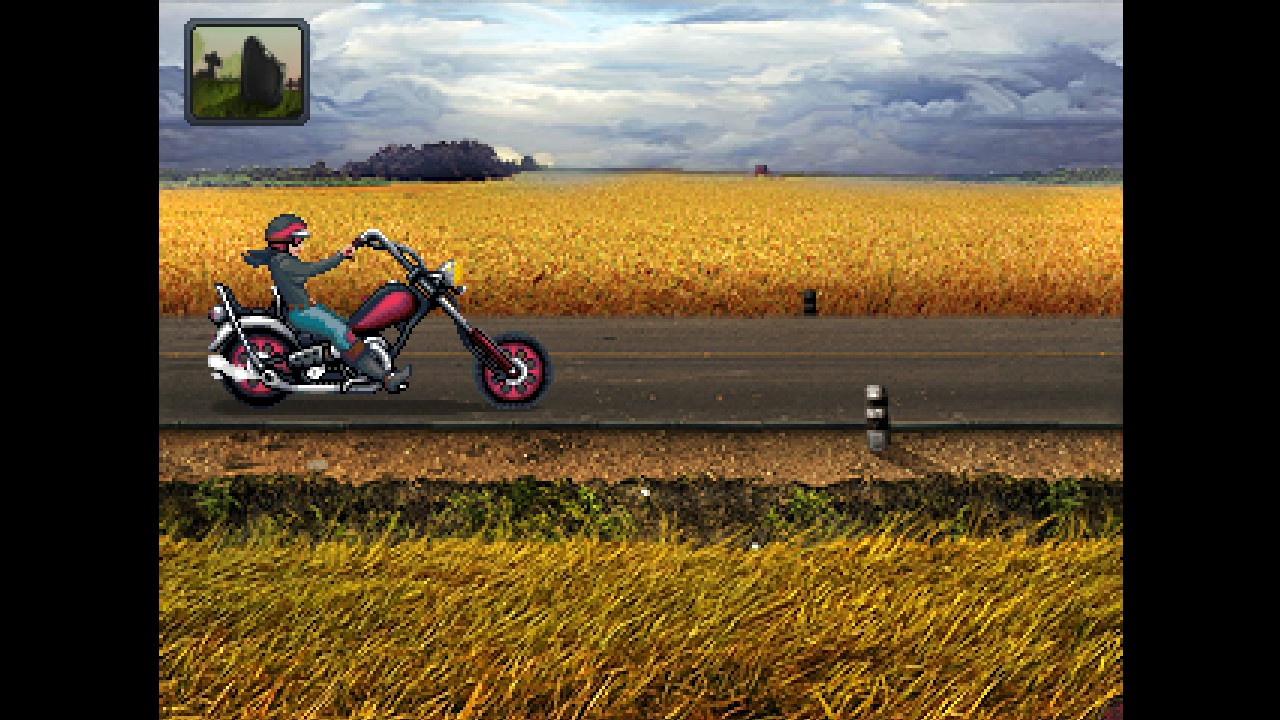 What really struck me with this game was the undercurrent and totally unexplored “disturbing past” that keeps getting referenced.

Okay, Kathy Rain had a troubled youth when her mother took her away from her father and grandparents. Her mother was mentally unstable, and is currently committed, but it’s never explained why this happened. As in the game, when Kathy reunites with her grandmother, there is obvious love and affection shown.

The unexplored abortion Kathy had as a teenager was perhaps the most intriguing, yet out-of-place, part of the story. She is often haunted, I guess you could say, by a vision of the child that could have been.

So this makes me wonder – is this some game that comes from a right-wing, conservative background pushing anti-abortion or what?

Later in the game, the child who would be shows up and asks if Kathy regrets killing him.

Here you get a choice of how to reply. Does this affect the future game play? Uncertain.

But I chose the only obvious answer – that no regrets were had, it was Kathy’s choice, and it was the right choice for her at the time. Other answers included shame, guilt, resentment, and negative emotions pushed on women who have had an abortion.

But what this has to do with the game? I’m not sure. It might give some backstory to Kathy’s hard-as-nails, no fucks given character, but it doesn’t have anything to do with the overall story. In fact, with the child showing up when and where he does, it actually makes little sense and felt out of place.

Does this random story arc mean I wouldn’t recommend the game? Not at all!

This was a really enjoyable indie game that had me hooked from the word go. Plus, it was challenging enough that I had to keep exploring to figure out the right path to continue… it wasn’t always obvious what you had to do.

I sound like I’m really poo-pooing on this game, and I want to make it clear that I  really enjoyed playing through this. The artwork was nostalgic and reminded me of games developed in the mid-90s, which is totally what it was going for.

Honestly, I do think that the story let the game down a little bit. Surface level was fine, but I want more. Deeper answers and explanations to everything alluded to throughout the game.

Also, I totally feel some justification is needed for including the creepy child who Kathy aborted in her teens – I will say that is the only part that really stumped me.

Overall? Definitely a game to check out and worthy of a solid 7/10.