ATMOS: Holodeck Training is a cooperative and communicative puzzle game that’s probably going to leave you feeling smarter than you’ve ever felt before. Developed and released by indie game studio, Persephone’s Chair, ATMOS takes you to space where you’re training to keep your spaceship in various orbits.

I’m going to preface saying that I totally messed up the first time I played this. I thought I’d give it a good playthrough one weekend I was home alone, so got all set up… and set the spaceship on fire.

You could say I was getting a bit frustrated!!

So before we go any further:

ATMOS: Holodeck Training is a co-operative game. That means you have to play with someone else!

Yeah, I totally missed that part in the game description (where it’s VERY CLEARLY STATED, oops). And when the game prompts you to make sure your Captain is within earshot, I was 100% trying to find the captain within the game.

So yeah, when I figured that out, I asked my partner, Thom from Three Extra Lives, if he wanted to give ATMOS: Holodeck Training a playthrough with me. Luckily, he did! And even better, we went live on Twitch for it!

ATMOS is unlike anything I’ve played before.

There’s no real game dialogue. At least, there’s no in-game dialogue, other than a robotic voice telling you how much time you have left in the game.

You have to think. I mean, really think and solve these puzzles that are so well designed, intricate, and intelligent, it’s pretty amazing.

ATMOS is all about communication between cadet and captain. You need to provide clear instructions and information in order to solve each puzzle.

And you know what?

I’ve never had as much fun playing a game in my life!

It was the combination of hanging out with Thom over voice comms, being live on Twitch, and talking our way to the solutions of these puzzles. 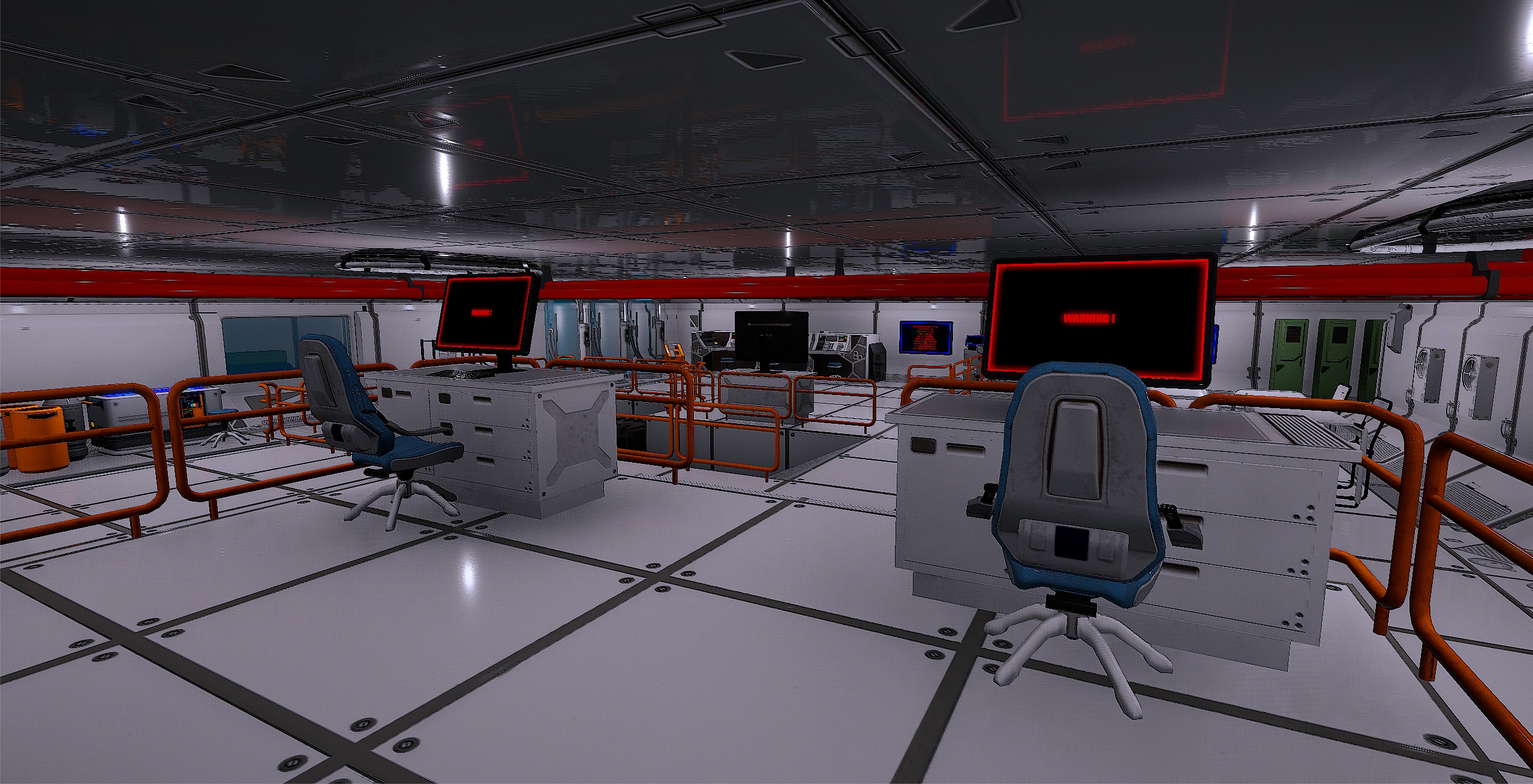 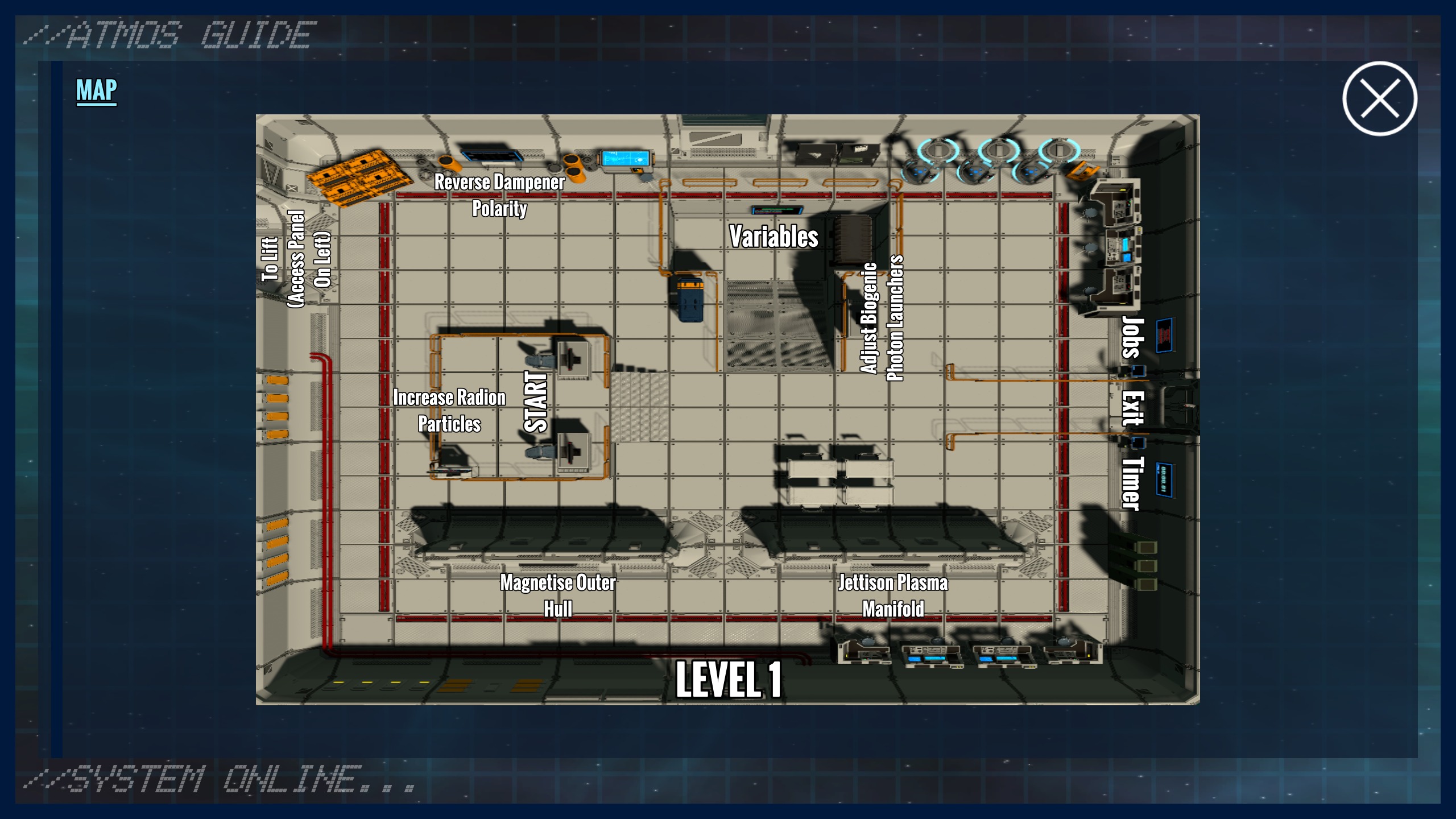 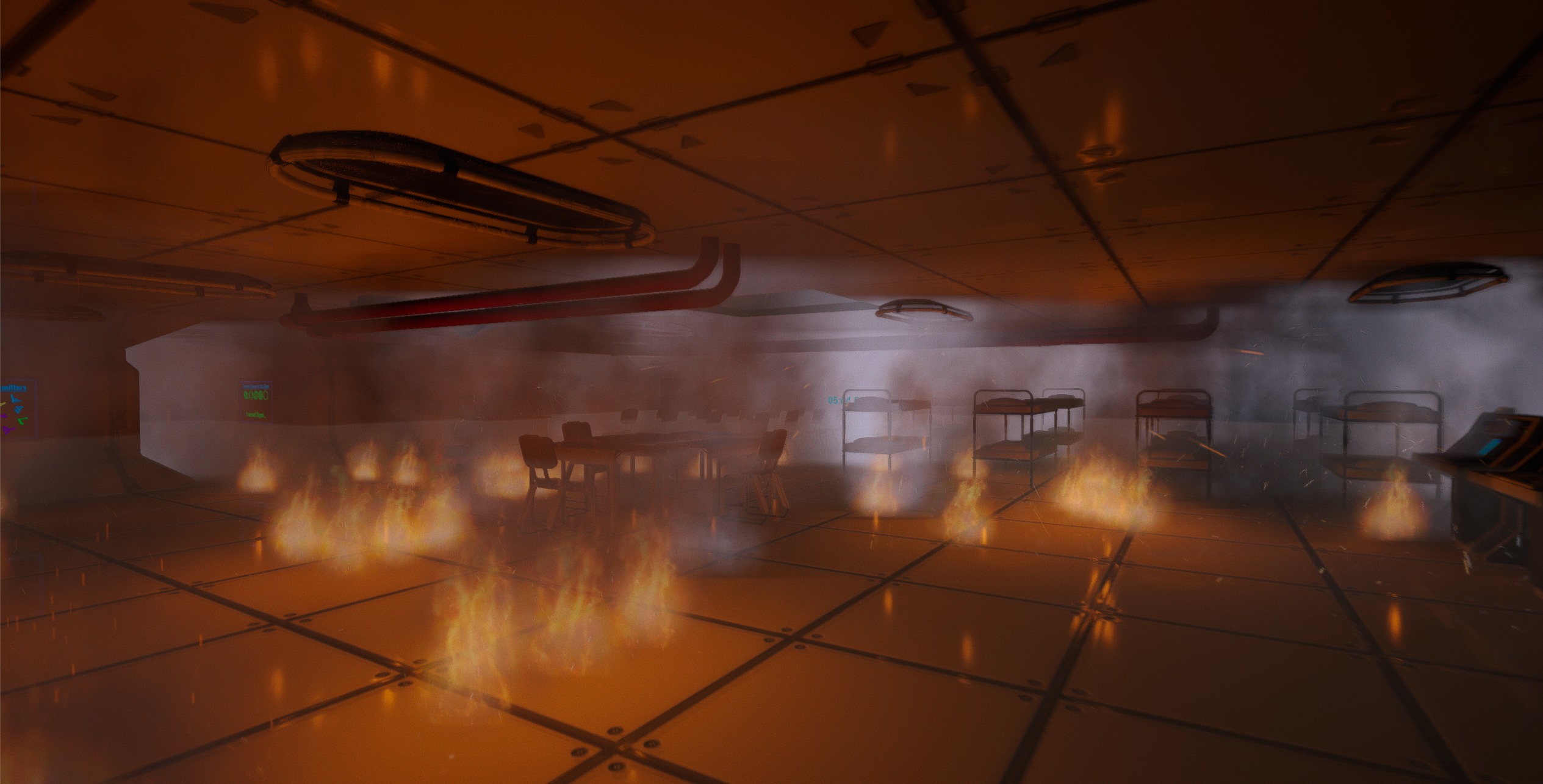 ATMOS is a co-op puzzle game

I’ve always been a big fan of co-op games, but the element in ATMOS where you are looking at separate screens was a big mystery.

I didn’t know what Thom was looking at and he had no idea what I was seeing. And, as it turns out, what we could see what vastly different! And that’s where the communications skills really came into play.

I played the role of the captain, Thom was the cadet.

As Captain, I was responsible for guiding Thom, the cadet, through the puzzles.

I was faced with a whole bunch of puzzle keys that didn’t make sense on their own. Thom had to tell me the name of the puzzle we were working on first.

When we were communicating well together, giving the information each of us needed, we were doing really well getting through these puzzles!

However, there were a few times that Thom was giving me wrong information. And it’s easy to wonder if it’s because I was asking the wrong questions. Was I? No, it was definitely Thom’s fault.

One thing I will say about the Captain’s role is to make sure you check out all the available maps and puzzles you have access to. Because there’s a lot there that you might have missed on the first go-around!

Making ATMOS your own

Thom and I were also able to create some shortcut words and clues once we knew what we were doing tor the puzzles which made us go through them quicker. There was a time limit for each level and a set number of puzzles.

Obviously, as you advanced through the levels, the puzzles got more difficult. But you were also faced with puzzles that you’ve solved before, too. So you had to use your judgement to determine which puzzles to start with.

There’s also a “safe mode” where you can go in to practice a puzzle. Thom and I got stuck on one puzzle in particular which was causing a little bit of stress while we were playing them “live.” The safe mode lets you figure out what the puzzle mechanics actually are so that you can solve them faster when you’re live.

Overall, I think ATMOS: Holodeck Training is an incredibly enjoyable game, especially when you’re playing with the right partner, that you can completely immerse yourself in for hours at a time.

I’m excited to get more streaming time in on it with Thom, so watch on Twitter for when we go live again!

Pick up ATMOS: Holodeck Training by Persephone’s Chair for yourself over on itch.io! 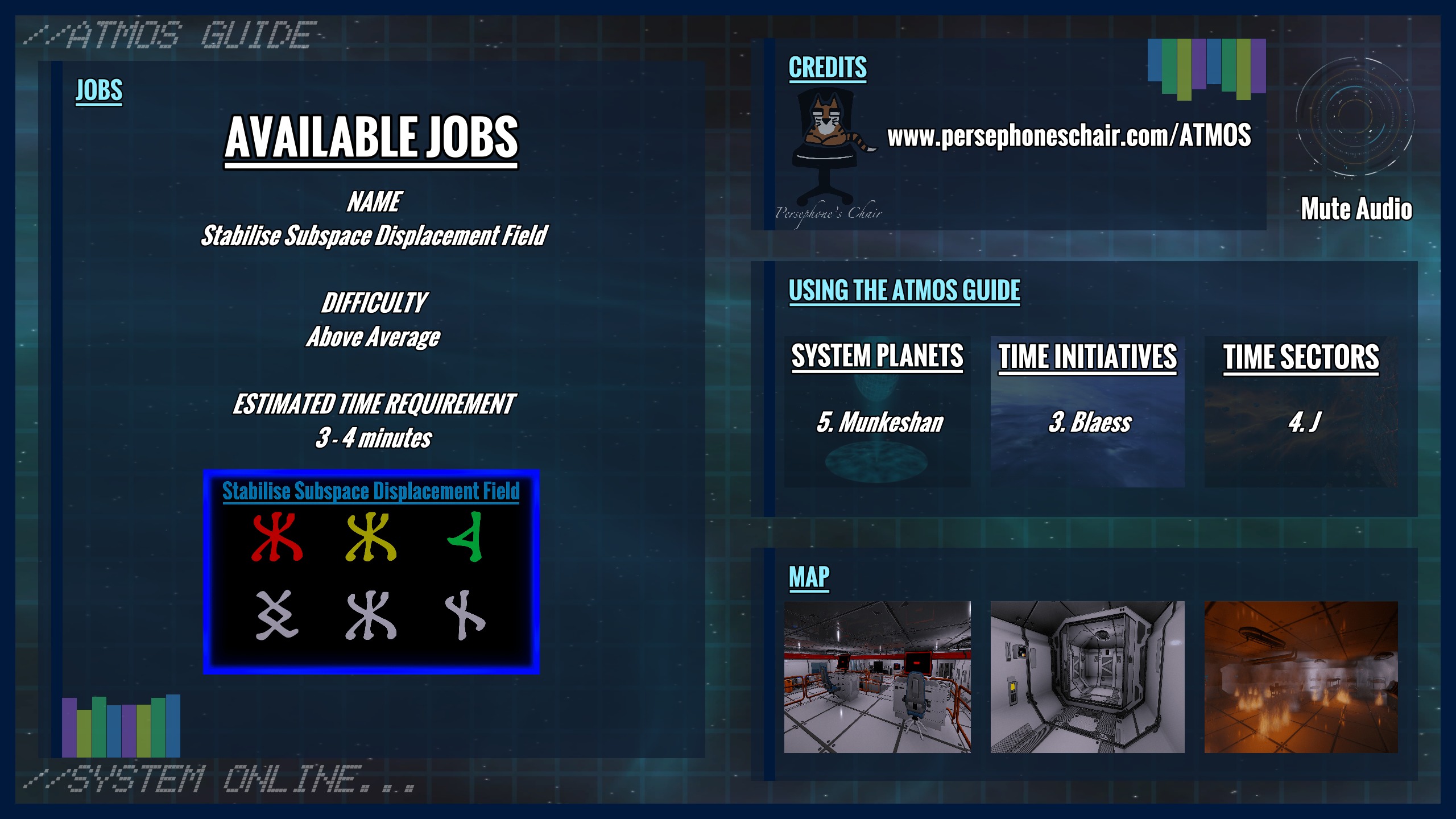 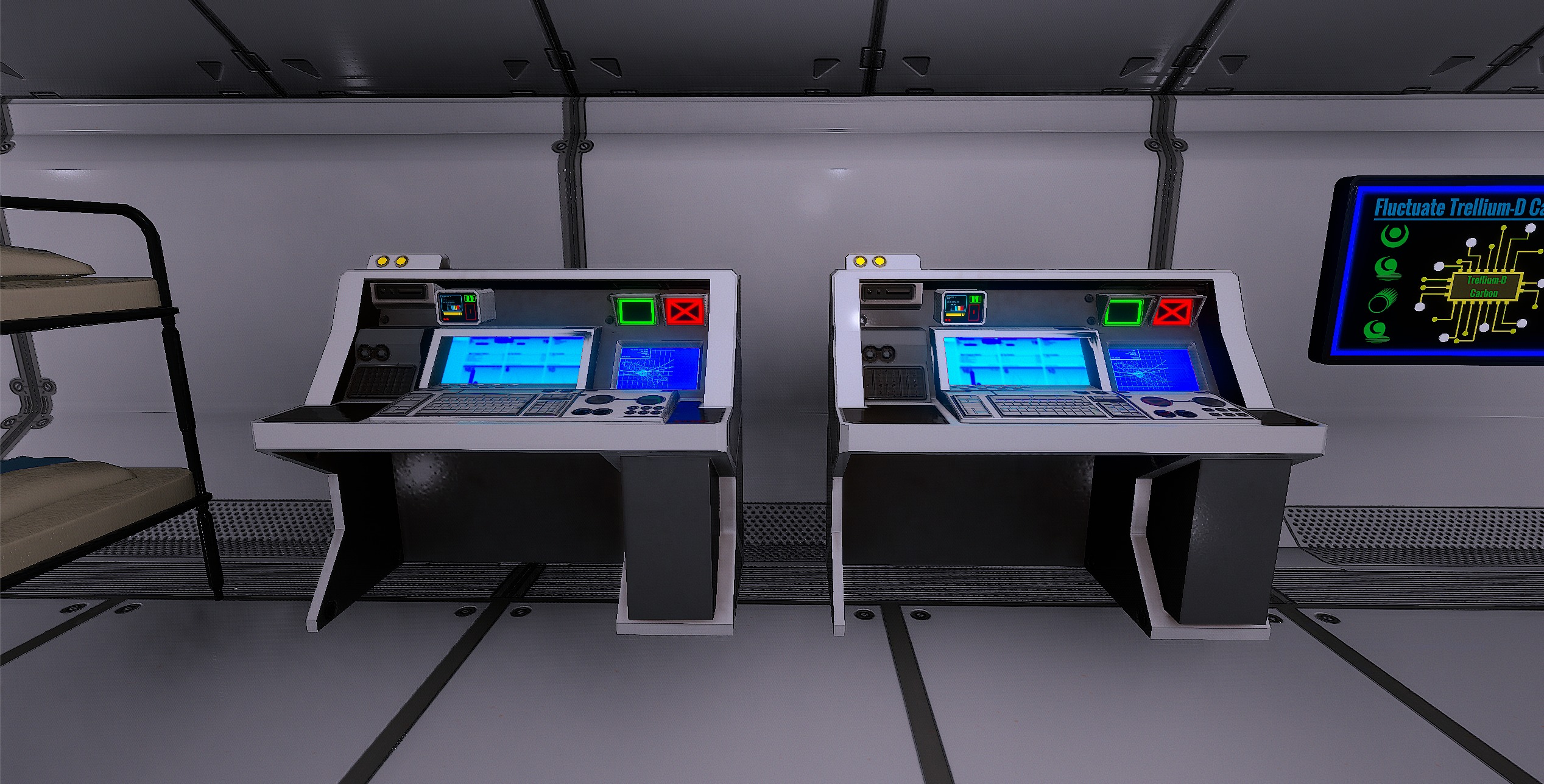